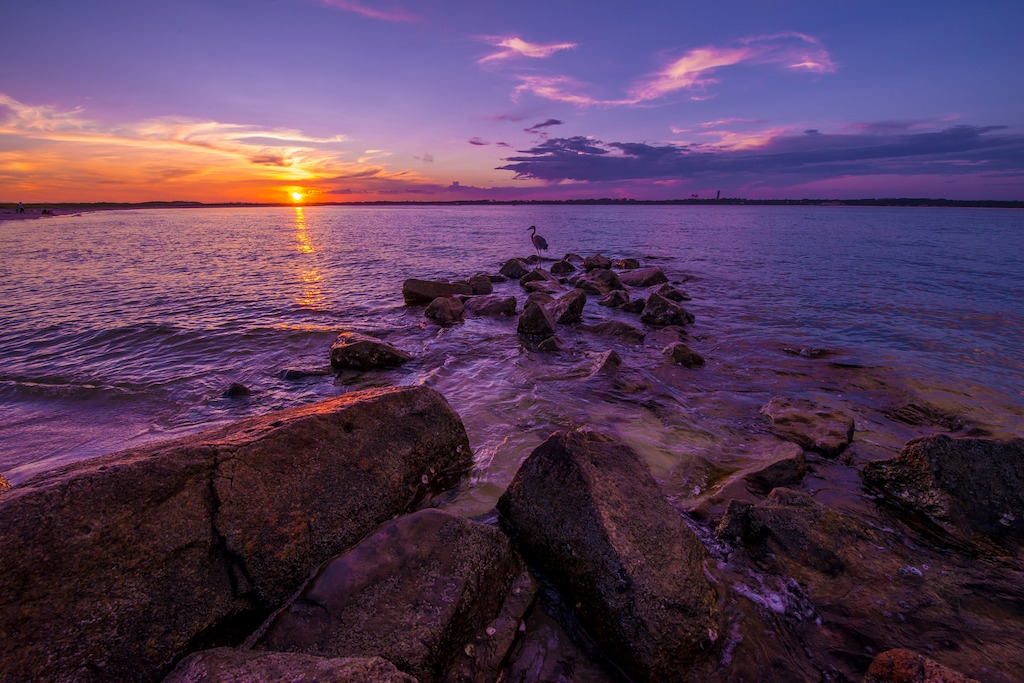 Florida’s Gulf Coast has some great stops along the way if you’re planning a road trip. You can rent an RV in Tampa or one of the bigger cities, and pick your route from there. There’s so many quaint coastal towns, larger cities, and amazing weather most of the year.

Taking a road trip along the Gulf Coast takes you away from some of the more crowded and well-known areas of Florida such as the Orlando theme parks and Miami and Ft. Lauderdale. It gives you the opportunity to literally and figuratively see a different side of Florida.

If you are planning a Gulf Coast road trip, the following are some tips and places you might want to try and incorporate into your itinerary.

Panama City Beach is located in northwest Florida, and there are around 27 miles of beaches to enjoy in the area. The sand is white, and the water is turquoise.

Nearby to Panama City is Shell Island. Shell Island is a barrier island stretching for seven miles, which is located between St. Andrew Bay and the Gulf of Mexico. There’s no development on Shell Island, and there’s no access aside from going by boat. St. Andrew’s Start Park is located on the island, and it’s excellent if you want solitude and natural beauty.

For people who want a little more action, Panama City Beach also features Pier Park, which is nearly a million square feet of shopping and dining.

Panama City Beach is also home to different events throughout the year, so check out local calendars before making your way there.

Anna Maria Island is located around 50 miles south of Tampa, and the speed limit for the entire island is only 35 miles an hour, so you can see how there would be a slower, more laid-back pace of life. The island is 7 miles by 2 miles, and there aren’t high-rises or developments.

On Santa Maria Island you can go to Beach Point Beach, which has public access. There are also a lot of local eateries as opposed to national chains, so you can get fresh seafood and great dining experiences without even having to change out of your flip-flops.

Located on the Gulf of Mexico, Sanibel Island is a brief drive from Fort Myers. The area is known for its high-end resorts and beautiful sunsets. As with most places located along Florida’s Gulf Coast, there are a lot of seafood restaurants to enjoy, as well as fishing and boating.

Sanibel Island is very family-friendly, and Bowman’s Beach is the most popular area of shoreline on the coast. Blind Pass Beach is well-known for bringing to the shore a plethora of shells, although it’s not a swimming beach because of the strong currents.

Fort Myers can be worth exploring on its own as well. The downtown has walkable streets with shops, and it’s known as the “City of Palms,” because the trees line the streets. Fort Myers is home to the historic winter estates of Henry Ford and Thomas Edison as well.

Clearwater is a city located northwest of Tampa and St. Petersburg. To the south of the city is Tampa Bay, and to the west is the Gulf of Mexico. The city itself is separated from Clearwater Beach by the Intracoastal Waterway. There are things to do in the city like the Clearwater Marine Aquarium, but most people head to the beach area, which is often ranked as one of the best in the country.

Clearwater Beach has a charming, small-town environment, and it’s another casual, family-friendly place to go along the Gulf Coast.

Some of the favorite things to do include taking boat tours, visiting the pier, fishing charters and just enjoying the sandy shoreline.

Tampa is one of the biggest cities on Florida’s Gulf Coast, and we mentioned it earlier as a place to rent an RV and pick it up, but you might want to make some time to spend in the city as well.

Tampa is home to Busch Gardens Tampa Bay, as well as the Museum of Science & Industry. Tampa is also where visitors will find attractions like Adventure Island which is a water park and the Florida Aquarium.

There’s also shopping at places like International Plaza and Bay Street, and Hyde Park Village is near downtown Tampa, featuring unique and independent shops and boutiques.