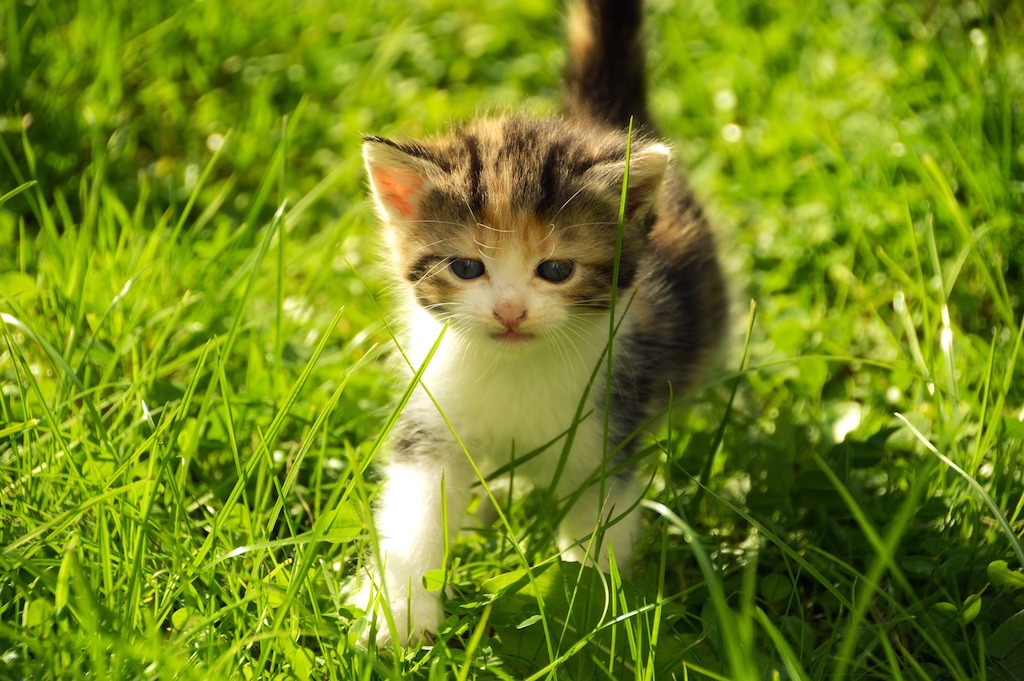 Can’t get enough of cats? Join the club. Pay no attention to those sourpusses calling you ‘crazy cat lady’. We know how blessed we are to live in a world full of adorable kitties, so more fool them!

If you’re feeling a particular strong feline frenzy coming on, and you can’t locate any nearby cats to cuddle, try one of these very sweet mobile cat games instead.

From helping Garfield avoid explosive fish, to completing kitty quests in a fantasy world, there is a paw-some mobile game here for every kind of cat lover.

This has to be ranked number one on any list of cat games for one simple reason; it’s one of the most addictive mobile games of all time. Neko Atsume gives players collectors’ satisfaction while appealing to their feline infatuation. The premise is simple – attract kitties to your ‘cat den’ by rearranging different furniture, upgrading cat toys and offering the best food. Every cat that comes by your is considered ‘collected’ and earns you more points with which to buy better toys, furniture and food. You’ll even get a scrapbook in which you can keep pictures of all the cats you collect. Beware, however, that though Neko Atsume can be played all the way through without spending a penny – it’s difficult to resist those in-app purchases when you know it could bring you more visiting cats overnight.

Featuring the legendary Garfield alongside ‘Nom Cat’, this game is in a cute pixel-format that gives it a retro feel. Though the one-touch controls are easy and the objective of the game is simple, Nom Cat still poses quite a challenge. Tap and hold to open the cats’ mouths while they’re fed an endless stream of fish – resulting in points for you. Just make sure their mouths are closed when the flying bombs appear instead of fish! Otherwise you’ll find these cute cats….well, explode. As you gather more points you can start to unlock other sweet kitties to feed and save from flying bombs.

If you like backing as much as you like cats, then joining the kitties at Katlandia and help them rise up against the evil ChowCorp with your bread recipes. Sounds weird? It is – but Bread Kittens is also amazingly fun. You’ll mainly be travelling through the region in search new kittens which you’ll get to name before baking them tasty bread to wear in battles. As you become friends with more cats and unlock more bread recipes, your feline friends will start to level up until they can eventually overthrow the brainwashing ChowCorp. The inspiration behind the game, as you may have already guessed, is the bizarre internet meme about ‘breading cats’ that made rounds many years ago.

Ever wondered what it’s like to be a cat? Well, wonder no more. As the name suggests, Cat Simulator is all about letting you live your best cat life. Better yet – online multiplayer is available in this sim game, meaning you and your friend can join forces wreaking havoc in the neighbourhood, or simply enjoy treats and playtime together. You’ll be able to explore a wide range of setting and even interact with other types of animals.

Some cats prefer to eat salmon from a silver plate, rather than that cheap dry food you might otherwise insultingly offer them. These kind of cats – Persian, Siamese, Sphynx – know what it is to have class, and you can spot them being glamorous in the diamond-studded Kitty Glitter slot game. There’s a fun, cosmic soundtrack to help you feel the anticipation as you watch these precious kitties spin around the game’s sparkling reels. Kitty Glitter is available in free mode for anyone who simply want to enjoy the gorgeous visuals. If you do decide to play Kitty Glitter for real money, keep in mind that it’s a medium to high volatility slot, meaning that it can go a long time without paying out – but when it does, the payouts are typically higher than on low volatility slots.

This game is basically your classic tile-matcher, but with an adorable touch of kitty. Clear the tiles to unlock new cats and then take care of them in your cat space. Unlike other tile-matching games, there’s a reward besides the satisfaction of having solved the puzzle. In Cat Life, you can play with your collected cats in between matching tiles. The graphics are similar to those in Neko Atsume – Japanese style illustrations that are shiny and cute.

Cat Quest is your average open-world Medieval-times RPG. Except everyone is a cat. Well, everyone besides the dragons. If that sounds like the kind of fantasy saga you want to be a part of, then join the adventure in this magical game. It has everything you’d expect of a strong fantasy game; a story-driven quest, dungeons, castles, and plenty of excitement. Impressively, Cat Quest has a solid rating of 4.8 on both Google Play and the App Store.

A simple but highly enjoyable platform game based on the classic internet sensation of the same name, Nyan Cat! This game combines retro gaming graphics with the cat’s famously annoying theme music. Fly the Nyan Cat through galactic levels, picking up tasty treats along the way. Keep in mind that you can try this classic mobile game on desktop too.

There’s enough fun in this list to keep any cat lover preoccupied during those boring, cat-less hours of the day. Put a little more whiskers and paws into your life with any of these kitty-tastic mobile games.