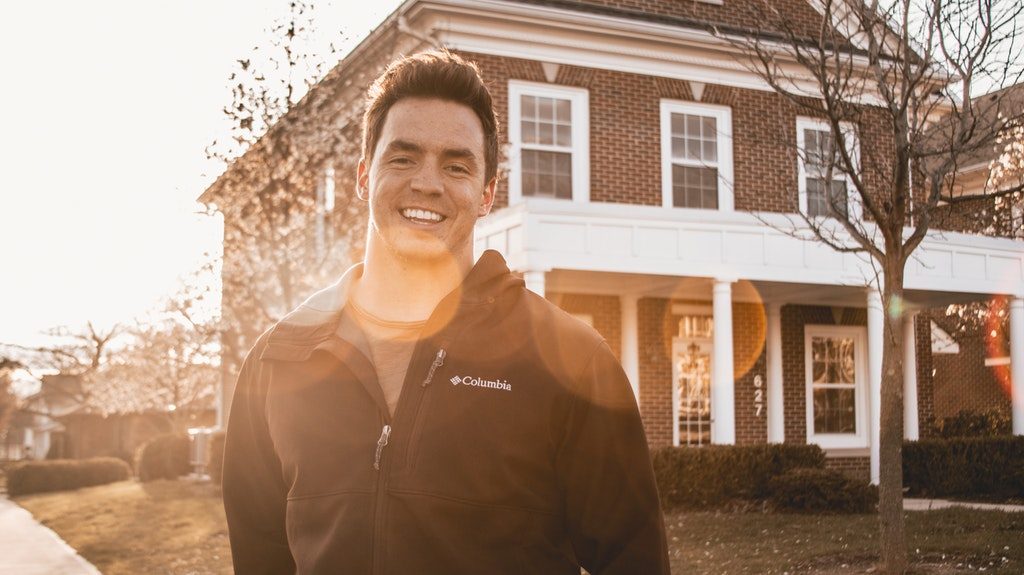 So you’ve been saving for years, maybe towards your pension, maybe for it to go towards that boat you always vowed you’d buy. It’s been slow and steady, but you’ve managed to store up a reasonable amount of money. There is only one problem. Your children still live with you.

Maybe they are in the early-mid-twenties, they have a stable job and work hard. You can see that they are reasonably savvy with their money after all that’s how you raised them. It just seems like no matter how hard they work, they aren’t getting any closer to moving out. You don’t really mind THAT much, they help around the house and it’s nice having them around. Well, most of the time. Your own space would be nice though.

Making the decision to help them move out certainly isn’t the worst idea. The housing market in most areas is seeing a steady increase and property value is climbing, helping your children to invest could be a good idea.

How should you go about it though? Despite them seemingly being smart with money dropping a lump sum into their bank account probably won’t have the most fruitful outcome. Below are some of the steps you could take to ensure the whole process goes smoothly.

How Much Should You Help Them?

This is probably the first big question you are going to ask yourself and honestly, there is no easy answer. It is simply whatever you can afford, or feel is right for you. I simply loaned my son a lump sum of money to help with his deposit and allowed him to pay it back monthly.

This worked well for us as his job meant he could afford the monthly repayments both to me and to his mortgage lender. The only reason he hadn’t moved out yet was that saving for the deposit was taking a while, by breaking it into smaller chunks owed to me, his father, it was now no longer something he had to put most of his income towards.

That system worked for us, but there might be a better way that works for you. You may even decide that the best method is for you to buy the house yourself and then rent it out to them until they can afford to completely buy you out. There isn’t really a right or wrong way.

Financially Plan with Them

Don’t let them know that you are planning to help them move, not yet. The reason for this is simple. If you start the process and it quickly becomes obvious they aren’t quite ready for the responsibility, going back on your promise will probably be quite difficult. Instead take each step slowly and carefully.

There are loads of different ways that Millennials can start saving. Sit down with them and lay out a strategy as to how they are going to make this work. This way you can see how much investment they are going to need from you. Seeing where they are spending and how much they are actually saving is incredibly important but, this can also be the hardest part.

If you son or daughter isn’t quite ready to move out this is the exact point you should stop the process. Not forever, just for now, you still want them to move out remember. Just give them some form of motivation to improve on how they handle their finances then reassess the situation a few months later.

Ok, so I guess this section is more planning in a way. However, in my defence, there are a lot of different things you should be putting into place before becoming a homeowner. It’s a very different process to how it was 30 years ago. Getting on the property ladder has a number of pitfalls and challenges that can be easily missed or underestimated.

In the UK only half of the mortgage holders have life cover. Fewer than a fifth (17%) have critical illness cover and fewer than one in ten (7%) have income protection. If your child is about to become an independent home owner it’s best to weigh up all the possibilities. Nobody wants to think about the worst things that can happen but, you need to be prepared if they do. If circumstances meant that they were unable to work or pay the mortgage, who is going to foot the bill and bail them out? Probably you.

Many mortgages can last for 20-30 years, that’s a long time period and anything can happen. Make sure your son or daughter has a structure in place that allows for unexpected problems to arrive.

You are probably going to want to help your child chose their first home. Millennials are different from previous generations. The different attitudes and world views this group has have been shaking a number of markets up, particularly the housing market. They way estate agents operate with younger buyers has been rapidly changing. The things millennials value are very different from the baby boomer generation.

Millennials typically buy houses faster than previous generations, with less time being put on research and a bigger emphasis on acting quickly. This isn’t necessarily a bad strategy as taking too long can sometimes mean you miss out on getting the sale but, it wouldn’t help to have a more experienced eye to go with them.

Having a good idea of all the essential aspects they’re new home will need and how practical it will actually be, rather than just liking how it looks is important. Maybe write down a list of priorities, like location, size, rooms available and if it has a garden. Just like when you go grocery shopping, the whole process will be much easier if you have a check list of essentials.

Who Are They Planning to Move in with?

When I was helping my son out with his move he originally wanted to move in with his girlfriend. I objected. He listened. We saved ourselves a lot of hassle when they had a messy breakup a year later.

Did I give him an ultimatum about living independently? Certainly not but I advised him and my relationship with him meant he trusted me. If your child is planning to move in with someone else and you’re funding it, you should probably learn a little bit more about who the other person is. Nine times out of Ten everything will be fine, but it only takes one slight misjudgment of character for everyone involved to learn a hard lesson.